With opioid utilization down, there is no longer a consolidated driver of pharmacy costs in workers’ comp. Instead the industry faces a growing diversity of smaller, niche trends that require more strategic formulary and clinical management across different populations and geographies.

At one time, the prevailing conversation in workers’ compensation pharmacy management was focused on opioids. Addiction, abuse, overdose deaths – only after a decades-long struggle did healthcare professionals, industry leaders, and regulators come together to create multi-pronged strategies that have led to decreased opioid utilization and associated costs.

As workers’ comp continues to move forward from underneath the shadow of opioids, there is no longer a single drug class driving the overwhelming majority of pharmacy costs. Instead, there is a more diverse range of trends to consider when developing pharmacy program strategies, driven by a number of factors including, but not limited to, legislation expanding presumptions for certain occupations, the introduction of new and novel agents on the market, and regulation loopholes that incentivize prescribing behaviors.

Non-steroidal anti-inflammatory drugs (NSAIDs) have long been recommended as a safe and appropriate therapy for pain management associated with workplace injury. Indeed, the use of NSAIDs has grown rather steadily as opioid utilization has decreased, which is not unexpected.

Aspirin
Ibuprofen (Motrin®, Advil®)
Naproxen (Aleve®)
Meloxicam (Mobic®)
Celecoxib (Celebrex®)
*For the purposes of this article, we are differentiating oral NSAIDs from topical
NSAIDs, as they are experiencing different utilization and cost trends.

While NSAIDs are relatively safe medications, within such a large class of drugs there can be outlying trends of concern.

For instance, per-claim payments for NSAIDs in workers’ comp were as low as $21 in Massachusetts and Minnesota and as high as $129 in Florida.3 While such differences in spending could be tied to fee schedules, different worker populations by state, or any number of reasons, such a range in spend indicates there are opportunities to lower costs.

A key example of this is present in California, where two low-volume, high-cost NSAIDs – fenoprofen calcium and ketoprofen – are driving up drug spending. 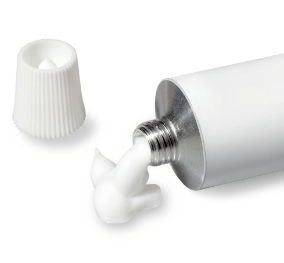 Fenoprofen calcium and ketoprofen made up less than 1% of prescriptions combined, but together they accounted for 12.2% of drug spend

These two NSAIDs are currently exempt from utilization review within the California formulary due to a regulatory loophole. More often than not, a less expensive NSAID can provide the same clinical benefit as these drugs, meaning that a great deal of this spending is unnecessary.

While this particular problem may be limited to California, this is just one example of how a concerning micro-trend can exist within a larger drug class.

While these terms are not completely interchangeable, both dermatological agents and topical agents can be described as pain medications applied directly on the skin at the area to be treated. Such products can include creams, gels, ointments, and more.

Dermatological agents account for 20% of drug payments in workers’ comp3

However dermatological agents and topical analgesics are not limited to a specific drug class. They can include NSAIDs, muscle relaxants, capsaicin, and other therapeutic classes. Furthermore, they can include over-the-counter (OTC) medications, prescription medications, and private-label topicals (PLTs).

Dermatological agents account for 20% of prescription drug payments in workers’ comp.3 Initially making up a smaller portion of drug spend, drug spend on dermatological agents has risen steadily over the last few years due to greater dispensing of high-priced drug products, often at physicians’ offices or via mail-order pharmacies,3 another illustration of a fairly inconsequential trend with significant overall impact. 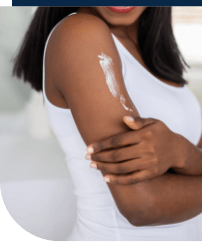 Regarding high-priced drug products, in 2021, private-label topicals (PLTS) – independently manufactured lotions and creams – made up 16% of topical analgesic prescriptions, but 32% of topical analgesic spending.5 What makes this problematic is that PLTs are not FDA-approved, there are no controlled clinical trials to support the efficacy of PLTs, and PLTs are far more expensive than OTC or prescription drugs.

Physician dispensing
accounted for a majority of payments for dermatological agents3

In 10 states,
50-70%
of topical analgesics
were physician dispensed5

Physician dispensing is another factor driving up costs within this drug class.

Anticonvulsants are medications used for the treatment of seizures. However, these medications are being used more and more to treat neuropathic pain, often-times off-label.

Anticonvulsants account for 10% of prescription payments in workers’ comp7

EXAMPLES OF ANTICONVULSANT MEDICATIONS INCLUDE:

One thing that makes cost analysis concerning is that a majority of prescriptions for anticonvulsants are attributed to off-label prescribing.

While off-label prescribing can be medically warranted and beneficial for patients, at times it can be clinically inappropriate and cost-ineffective. With such a high majority of prescribing being off-label, it is possible that a portion of anticonvulsant prescribing may be unnecessary. This makes it necessary to strategically assess trends and determine appropriate versus inappropriate prescribing at a program level and deploy multi-pronged approaches to reduce drug spend.

Specialty and Other Drug Classes of Note

Across different drug classes there have been minor increases in spending, and while individually they are all relatively small increases, there are two things to consider.

First, their collective total increase in spending does accumulate.

A combination of anticoagulants, antiemetics,  antiretrovirals, antibiotics, and ulcer drugs
make up 17% of prescription payments in workers’ comp.3

Second, depending on the specific worker populations a workers’ comp program may cover, these drug trends may be more relevant and impactful for certain payers.

The migraine drugs market continues to experience rapid growth, with global sales of $10.86 billion projected by 2030,8 and these products are becoming more utilized in workers’ comp. Migraines can arise as a result of traumatic head injury, or certain workplace injuries can exacerbate preexisting migraine conditions.

While migraine drugs are not the most common medication seen in workers’ comp, when utilized they can be particularly costly, especially as several new brand name medications have recently entered the market, with more in development.

Anticoagulants may be prescribed for workers in occupations that substantially increase their risk for cardiac events such as strokes and heart attacks. While there are generic anticoagulants available, new brand name medications have continued to enter the market.

Prescribing of these drugs may be particularly prevalent among first responders and other occupations with special presumptions.

For instance, due to the sheer stress of heavy muscular work, heat, and exposure to smoke, firefighters are particularly vulnerable to heart conditions that may require anticoagulants as treatment. Sudden cardiac death is a leading cause of death in both volunteer and career firefighters during emergency responses.9

An estimated 385,000 needlestick and other sharps-related injuries occur with hospital-based healthcare personnel each year, potentially exposing these healthcare workers to HIV.10

When healthcare workers receive needlestick injuries, a 28-day regimen of three or more antiretrovirals must begin immediately for the post-exposure prophylaxis (PEP) of HIV to lower the risk of contracting the virus. This regimen of antiretroviral may continue for several more months, based on the HIV status of the source patient – the individual whose bodily fluids came into contact with the healthcare worker.11

Antiretrovirals make up 4% of total prescription payments in workers’ comp3

Antiretrovirals are specialty drugs that can be costly, but for this population, efficacy, timeliness, and tolerability must be considered. While some generic formulations for HIV medications have recently entered the market, newer HIV drugs are approved each year, and it is of great importance to consider side effects and toxicity.

Additionally, antiretrovirals can cause serious drug interactions, and reevaluating a patients overall drug therapy may be necessary if other conditions or injuries are present. Further medications may also be necessary to manage the side effects of antiretrovirals, such as anti-emetics and anti-spasmmodics.11

Pharmacy trends have always been dynamic, and as regulation, formularies, and other oversight modalities evolve to solve one matter in a certain drug class, a new trend emerges either within the same drug class or in another drug class. It is necessary to monitor the evolving pharmacy landscape with a strong clinical lens and apply evidence-based parameters that promote optimal outcomes for injured workers. 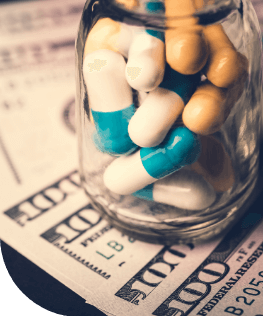 By partnering with a pharmacy benefit manager, payers can keep track of emerging pharmacy cost drivers that arise within niche areas of workers’ comp and develop strategic formularies that allow for easy access to clinically appropriate and cost-effective medications, while avoiding high-cost medications that offer no greater benefits when compared to their lower-cost counterparts.