Lawmakers continue to legalize medical and recreational marijuana, and public approval of marijuana is at an all-time high. As marijuana continues to enter the mainstream, what do current data tell us about marijuana’s impact on workplace safety?

Statistics show that marijuana has gained greater momentum over the last decade and will likely continue to do so, driven by factors that include clinical research supporting medical relevance in specific circumstances, and sociopolitical movements that have helped marijuana to shed some of its criminal associations as legislation catches up with public opinion.

of Americans are for marijuana legalization1

are for recreational legalization1

of the U.S. population used marijuana at least once in 20192 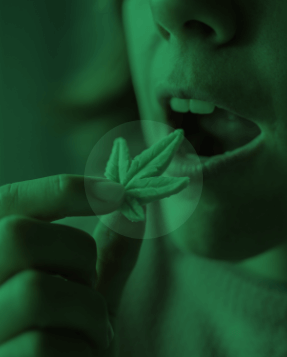 And Not Just For the Young

adults 65+ use marijuana each day3

Even Regulators Are on Board

But as marijuana acceptance continues to grow and more individuals partake – either medically or recreationally – how is this impacting workplace safety?

Marijuana’s Prevalence in the Workforce

Studies show that a growing portion of the workforce uses marijuana, and pro-marijuana legislation is in no small way responsible.

While federal positions would still have to follow national marijuana rules and regulations, if other states and cities were to follow this trend, marijuana use could continue to increase among prospective employees and employers in these states would have no visibility into this.

Meanwhile, the National Safety Council surveyed workers and employers regarding marijuana use in the workforce and found that 48% of workers identify themselves as cannabis users, though this varied between medical users, recreational users, and those who used CBD, THC, or Delta-8 products. Furthermore, the frequency of use varied among workers.15

But most concerning from a safety perspective was that one-third of employees witnessed cannabis use during work hours. On top of that, half of employers who eliminated THC testing report an increase in incidents or other workplace performance concerns.15

48%
of workers identify themselves as cannabis users15

How Does Marijuana Impact Workplace Safety?

First and foremost, marijuana may cause the following side effects:

Potential for physical dependence or addiction

However, it has been difficult to conduct much long-term, in-depth marijuana research due to federal restrictions, as marijuana remains a Schedule I controlled substance. Furthermore, it is not yet clear how various marijuana doses and administration methods impact the body, and the long-term effects of marijuana use requires more study.

While marijuana use presents high risk among safety-sensitive positions – particularly those involving heavy machinery – the field of study that explores the connection between marijuana use and occupational risk has uncovered some surprisingly mixed data. 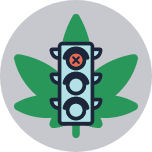 Employees who tested positive for marijuana had 55% more industrial accidents and 85% more injuries compared to those who tested negative.16

- Journal of the American Medical Association

A systematic review of 20 years of literature on marijuana and occupational risk conducted suggests a specific link between marijuana use and increased risk for injury or accidents.17 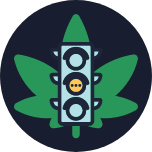 Insufficient clinical evidence to support or refute an association between cannabis use and occupational accidents or injuries.18

A systematic review of 16 studies that examine the relationship between cannabis use and occupational injury, saw mixed results19 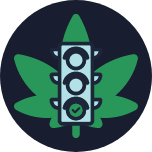 - The National Bureau of Economics Research

States with medical marijuana programs saw a 19.5% reduction in the expected number of workplace fatalities among workers aged 25-4421

While the research is mixed on occupational injuries’ association with marijuana, much of the data does conclude that driving under the influence of marijuana presents significant risk.

The National Institutes of Health found that risks of being in a car crash double after marijuana use, while the National Academies of Sciences, Engineering, and Medicine found substantial evidence of the association between cannabis use and increased risk of motor vehicle accident.18,22 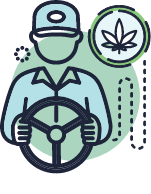 The Level and Timing of Marijuana Use are Considerations

Another factor that impacts marijuana’s relationship with occupational risk is when a person uses marijuana, how much they use, and how often they use it.

Addiction journal found in a systematic review of medical literature that marijuana use negatively impacts performance if used before or during work but does not impact workplace performance if used after work. The review found that the acute effects of smoking cannabis impaired performance for an average of four hours.17

Theoretically, similar to alcohol, it could be argued that controlled use at appropriate times may not cause workplace problems. However, there are multiple factors that complicate this theory.

First, much of the research available is dependent on smoking marijuana. There are a wide variety of administration methods available that metabolize the drug differently in the body – edibles, tinctures, tablets, transdermal patches, topicals, drops, and much more. The clinical research noting how different administration methods – much less dosing variations – is lacking.

Second, even if recreational users only use marijuana at designated non-work times, medical users may not face that luxury if their marijuana use requires regular dosing intervals, much like other medications.

Third, there is a lack of long-term research on how chronic marijuana use can impact the body.

While marijuana impairment may only be temporary, marijuana stays in the body for much longer than alcohol, and depending on an individual’s long-term drug use, marijuana’s negative effects on attention, memory, and learning can last for days or weeks after the acute effects wear off.23

Someone who chronically uses marijuana might operate at an overall lower functioning ability across the board as the drug accumulates in their system.23

How Long is Marijuana Detected In the Body?

Occasional users
(up to three times a week)

What to Know Moving Forward

The marijuana landscape continues to evolve, and it may be some time before it reaches equilibrium, prompting continued vigilance from employers, payers, and other workers’ comp stakeholders as new developments occur across a variety of playing fields.

Keep an Eye on Clinical Research

It cannot be said enough that there is a need for more research to reach more conclusive findings on marijuana’s impact on workplace safety. However, the pipeline will likely remain slow as there are many limitations on marijuana research due to marijuana’s status as a Schedule I drug, restricting research activity.

However, each new piece of research does continue to build a more holistic picture that can be used to shape our understanding of marijuana.

Keep Up with Changing Legislative Policies

In many states, employers may terminate employees for marijuana use, but the legal landscape is changing constantly, especially as medical marijuana becomes more common.

Understanding what legislation requires and allows will of course shape workplace policies but keeping track of legislative updates will be of vast importance.

Less than half of organizations have a written policy addressing cannabis,15 which could impact a workforce’s marijuana use. The general public views marijuana far more favorably than ever before, and therefore clear policies, consequences, and worker education can help minimize on-the-job marijuana use.

Safety-sensitive positions should be held to even greater standards,25 and establishing impairment standards will require some discussion. There is nothing yet comparable to an alcohol test for marijuana to measure impairment.

Urine tests have poor validity and low sensitivity to detect employees who represent a safety risk. However, blood testing for THC can be considered by employers who wish to identify employees whose performance may be impaired by their cannabis use.17