It is almost impossible to find someone who has never used Lyft, Uber, DoorDash, Instacart, or any other on-demand, app-based service. Millions of Americans make up this still relatively new and non-traditional workforce, better known as the gig economy.

The gig economy doesn’t just include app-based workers. It can be characterized as an environment of short-term jobs or temporary contracts, which can also include freelancers, temp workers, contract workers, and other nontraditional work arrangements. Gig work durations can vary from a few minutes to over a year, and can include traditional labor such as manufacturing, IT jobs, retail, office work, and transportation.

There has been much regulatory rumbling around the question of worker classification, and while policy currently varies across the nation, if more gig workers are classified as employees, they will require workers’ comp insurance, which will expand the market. However, due to the non-traditional nature of gig work, designing coverage for these workers may be a new challenge.

How Big is the Gig Economy?

Definitions of gig work vary, as does data collection, which impacts estimates regarding the size of the gig economy within the U.S.

40% of the American population5 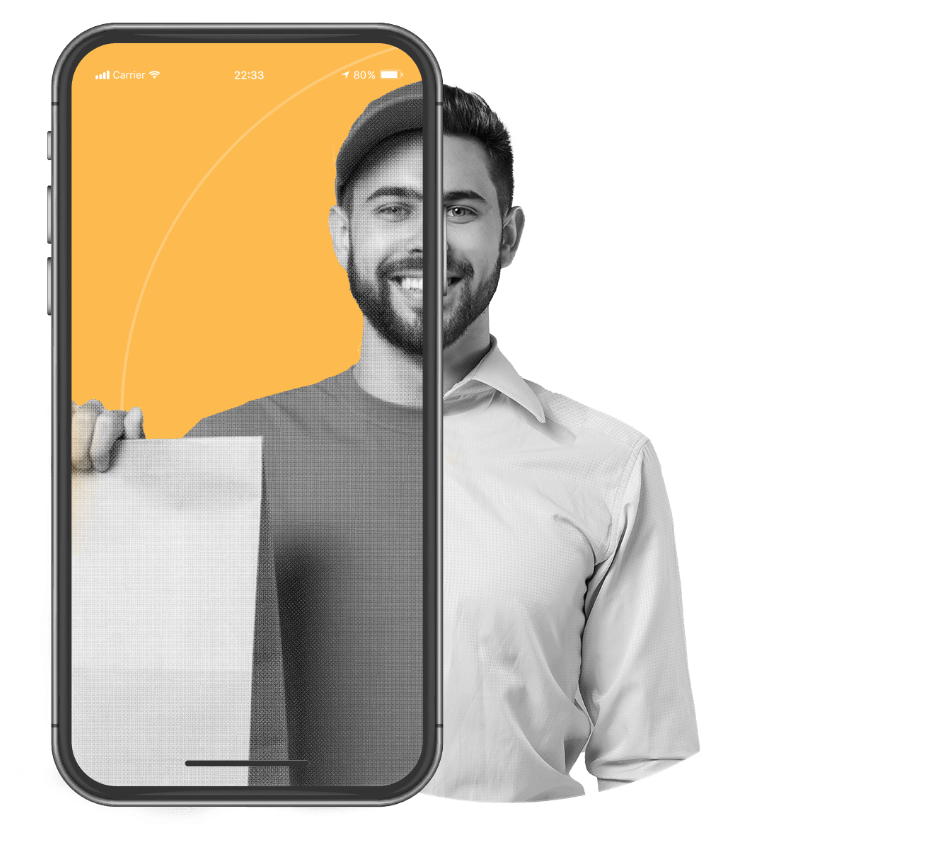 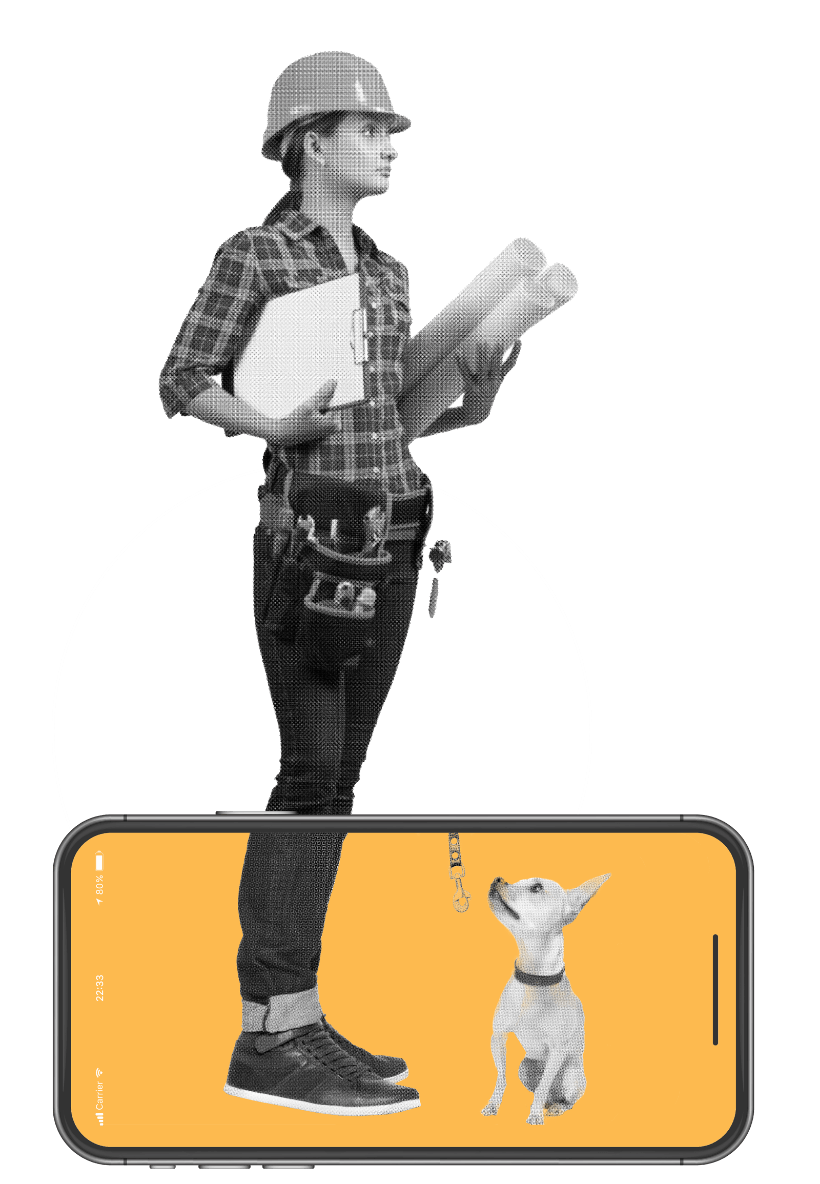 Many full-time workers conduct gig work in addition to their main job to supplement their income.

As many as 50% of gig workers have a full-time job and use their gig work to supplement their income.5

This means that at virtually anytime these numbers could fluctuate, depending on larger economic trends, or seasonally as more or less workers decide to supplement their incomes.

The Need for Workers’ Comp?

Within the gig economy there are a wide variety of job types with different injury risks. For example, a graphic designer creating brochures has a much different risk of injury when compared to a supermarket shopper or a delivery driver. With millions of gig workers not currently entitled to workers’ comp benefits or state wage and hour laws, increasing attention on the gig economy may soon demand more regulation and protection for these workers, as we have recently seen in California.

The gig economy has been a topic of debate among regulators nationwide, both at the state and federal levels. However, California in particular has led much of the way, inspiring other states to specifically follow suit – or block similar changes from happening in their states.

The California Saga and the ABC Test

California’s Supreme Court ruled in the case of Dynamex Operations West Inc. v. Superior Court of Los Angeles County6 that workers shall be considered employees unless three specific criteria – known throughout the industry as the “ABC Test” – are met.

These three rules – known as the ABC Test – are the legal standard often applied in legal disputes on worker classification. In order to classify as an independent contractor, all three of these criteria must be true:

The person is customarily engaged in an independently established trade, occupation, or business of the same nature as that involved in the work performed

The ABC test is widely accepted by the US Department of Labor and 33 states to establish worker classification, but this ruling in the Dynamex Operations West Inc. v. Superior Court of Los Angeles County case was later passed into California law with Assembly Bill 5 in September of 2019, making it a state-wide regulation,7 and was expected to make great waves for the gig economy.

However, special interest groups spent $205 million on getting Proposition 22 onto the November 2020 ballot.8 Voters passed the proposition, creating an exemption for app-based transportation and delivery companies,9 essentially nullifying a significant portion of the population impacted by the State Supreme Court ruling and the legislation passed.

Both New York10-11 and New Jersey12 introduced bills meant to duplicate the ABC Test in their states in late 2019. However, these bills were tabled as priorities shifted to the COVID-19 pandemic.

On the other end of the spectrum, Tennessee, Utah, and West Virginia passed legislation making it easier to classify certain gig workers as independent contractors.13-15

The regulatory momentum surrounding worker classification has been slow in the last year due to a focus on COVID-19 and the various ripple effects the pandemic caused, but it now appears focus is returning to this topic. According to the National Council on Compensation Insurance (NCCI), 13 states in 2021 are considering workers’ comp legislation tied to independent contracting and the gig economy.16

A Financial Incentive to Classify Gig Workers as Employees?

Another component of the worker classification debate is that employees and independent contractors are subject to different taxation rules and other financial regulations. Several states have conducted research and investigations, reporting millions of dollars in lost revenue due to worker misclassification.

The New Jersey government claims Uber owes the state $650 million related to taxes, fees, and other matters due to worker misclassification18

An investigation of 3,300 misclassified construction workers yielded a loss of $11 million in unreported taxable wages20

Though a patchwork of different state regulations may impact worker classification, it is also possible that federal lawmakers could take action on this matter.

In February of 2020, House Resolution 2474, also known as the PRO Act, was passed by a 224-194 vote in the House of Representatives, which among other things would have applied the ABC Test as a federal labor standard.22 However, the Senate never took up the bill, and soon after the COVID-19 pandemic took precedent. A new version of the PRO Act, House Resolution 842,23 passed the House of Representatives once more in March of 2021, but has yet to reach the Senate.

There are also signs that federal action may come from the Executive branch. Secretary of Labor Marty Walsh made public comments stating that gig workers should be classified as employees.24 This came shortly after the Department of Labor rescinded a federal rule adopted by the previous administration, which made it easier to classify workers as independent contractors.25 While no new rule has clarified worker classification on a federal level, discussions are being held on potential rulemaking.

The Impact for Workers’ Comp

While the regulation surrounding worker classification may take more time to unfold, it is very likely that to some degree, sizable portions of the gig economy may eventually be classified as employees who are entitled to workers’ comp benefits. This presents a combination of challenges and opportunities.

With estimates ranging from 21-34 million gig workers in the U.S.,1-3 if even only a small portion of those workers are classified as employees eligible for workers’ comp benefits, that is still several million individuals who will require coverage.

First and foremost, this new market could lead to higher claim volumes.

Due to the diversity of gig job descriptions, it is not yet certain how carriers might underwrite policies that address the unique risks, injuries, and illnesses associated with various gig jobs. While claim volumes would likely differ across different gig jobs, it is not yet certain how the insurance marketplace will respond to the possibility of a new population of workers entering the risk pool.

This creates many scenarios where determining the place or cause of an injury can be difficult. If for example, an individual sits at a desk all day for their primary job, then works as a rideshare driver sitting for several more hours, then raises the issue of chronic back pain, which occupation and associated insurers would be liable for coverage?

Because many gig jobs are not full-time positions and follow non-traditional work models, providing workers’ comp to these individuals could differ greatly from typical insurance models. In fact, policies could even be different for various occupations within the gig economy.

A popular idea that has been discussed surrounding the gig economy is portable benefits, which are benefits that have been paid into or are accrued into an employer-sponsored plan that can be transferred to a different employer’s plan or to an individual who is leaving the workforce, effectively following employees and allowing various employers to pay partial premiums.

CEOs from Etsy, Lyft, eBay, and Uber signed open letter supporting the use of portable benefits programs, hoping to draw attention from regulators and industry leaders.26-27
Other alternatives include employer-driven plans. For instance, Uber offers drivers in 32 states the ability to opt into a driver injury protection plan, utilizing a usage-based pricing model to pay medical bills and replace lost earnings in the event of an accident.28

In either scenario – and likely even in other potential scenarios – creating a foundation to facilitate such unique benefit plans will require a wide range of employers, payers, healthcare professionals, and other payers to properly serve employees who are injured on the job.

Get notified of the latest version as soon as it's published.
We use cookies on our website to give you the most relevant experience by remembering your preferences and repeat visits. By clicking “Accept All”, you consent to the use of ALL the cookies. However, you may visit "Cookie Settings" to provide a controlled consent.
Cookie SettingsAccept All
Manage consent